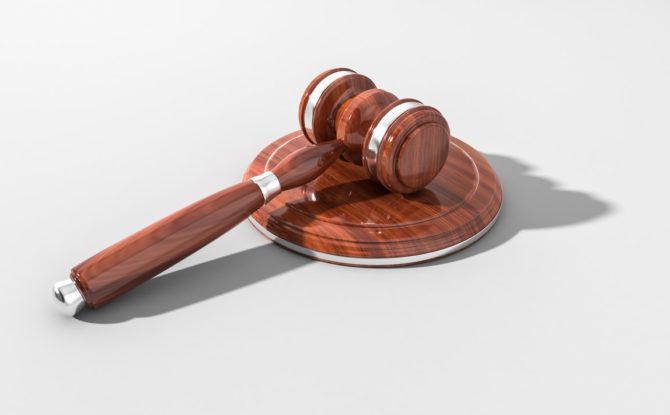 Workplace prosecutions are something that health and safety practitioners, and business leaders should maintain current awareness of. Why? Because you have a legislative duty to acquire and keep up-to-date knowledge of work health and safety matters relevant to the nature of your operations.

In addition, the terminology reasonably practicable, means that you should consider the likelihood and degree of harm a hazard or risk could have. Whilst there may not have previously been an incident at your workplace, if a significant incident has occurred across your industry, it is something you should be aware of.

For the fifth year in a row, Action OHS Consulting has taken some time to collate and review the data available from WorkSafe Victoria and SafeWork NSW.

Used effectively, the provided information should support you to influence key stakeholders within your organisation, and assist your business to make informed decisions with respect to their health and safety program.

This article provides an overview of the prosecutions from 2015 through to the 2019 calendar years.

Calendar Year 2019 saw a total of 137 prosecutions against the Victorian health and safety legislation, whilst in NSW the number of prosecutions was 37.

***Note at the time when this report was produced, zero (0) prosecution had been listed on the SafeWork NSW website – should this change, this report will be updated accordingly***

When compared to the previous year, there has been a 4% increase in Victoria and a 22% decrease in NSW. With respect to NSW, the prosecution in the current calendar year, align with the number of prosecutions in calendar year 2016 and 2017 where there were 35 and 27 prosecutions respectively.

Zero prosecutions were against the 2007 version of the Occupational Health and Safety Regulations which were updated in 2017.

Following the last prosecution against the Occupational Health and Safety Act 2000 being in 2016, and with their being no prosecutions since 2017, this signals a complete transition in NSW to prosecutions against the harmonised legislation.

Note the Occupational Health and Safety Act 2000 was superseded as of 1 January 2012.

The timeframe for the prosecution’s outcomes from 2018, when measured against the date of the offence have been listed in the table below.

In NSW each prosecution resulted in a monetary fine. In Victoria 124 fines were issued (91% of prosecutions).

In addition to the fines, WorkSafe Victoria issued 8 Enforceable Undertakings in 2019 which equates to 6% of prosecutions. This is compared to the 6 (7%), 7 (8%), 10 (7%) and 6 (5%) Enforceable Undertaking issued in 2015, 2016, 2017 and 2018 respectively. An enforceable undertaking is a legally binding agreement between WorkSafe Victoria and the employer. The employer is obliged to carry out the specific activities outlined in the agreed undertaking. EU’s will typically guide and direct the business being prosecuted to improve its health and safety program.

With respect to fines, the maximum fines for both Victoria and NSW decreased year on year.

These criteria are relatively consitent since 2015. In 2019 there was an increase in “guarding-related” prosections, highlighted by the increase in “Guarding”, “Unguarded plant” along with the “Failure to provde and maintain plant”.

“Failure to provide a safe system of work” continues to places a clear duty on all workplaces to understand their operations, the hazards associated with their work, and ensure that the established controls are implmented.

Other criteria noteworthy to report on includes reductions in prosecutions related to failure to conduct risk/hazard identification or risk assessment:

Action OHS Consulting continues to observe a rise in inbound calls for support, associated with businesses wanting guidance, on how they can best manage their legal obligations associated with health and safety.

Action OHS Consulting is on a panel of providers endorsed by WorkSafe Victoria which provides complementary OHS Review’s for Victorian-based businesses with less than 60 workers across a period of 12-months. If you would like to find out more about this program, please contact us – Contact Us.

Due diligence is all about collecting information to better understand health and safety impacts associated with a business’s operation, to allow better and more informed decisions being made.

The intention; is to protect workers, contractors, customers and visitors from harm. It is the duty that is placed on senior managers and businesses under the health and safety legislation, and their for is a duty that all businesses must be aware of.

With respect to the Health and Safety Legislation, it adopts a risk-based approach. This means that business and their senior managers are required businesses to understand and manage the hazards associated with their operations (due diligence). Put simply, this leads to a requirement for workplaces to actively: