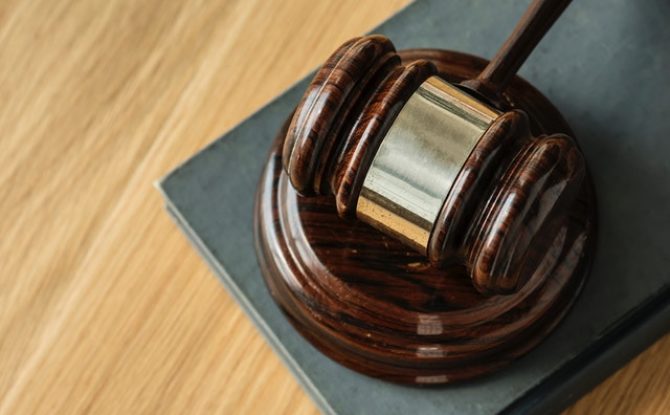 Workplace prosecutions are something that health and safety practitioners, and business leaders alike should maintain current awareness of. Why? Because due diligence is all about collecting information to better understand impacts to a business’s operation, to allow better and more informed decisions being made. The intention; in this instance, to prevent negative situations of the past being repeated.

For the fourth year in a row, Action OHS Consulting has taken some time to collate and review the data available from WorkSafe Victoria and SafeWork NSW. Used effectively, the provided information should support you to influence key stakeholders within your organisation, and assist your business to make informed decisions with respect to their health and safety program.

This article provides an overview of the prosecutions from 2015 through to the 2018 calendar years. 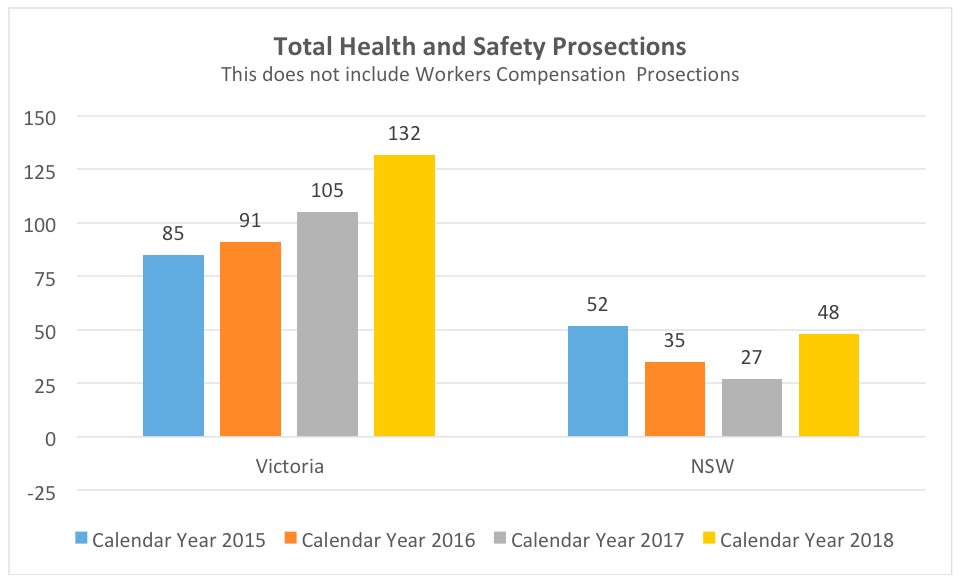 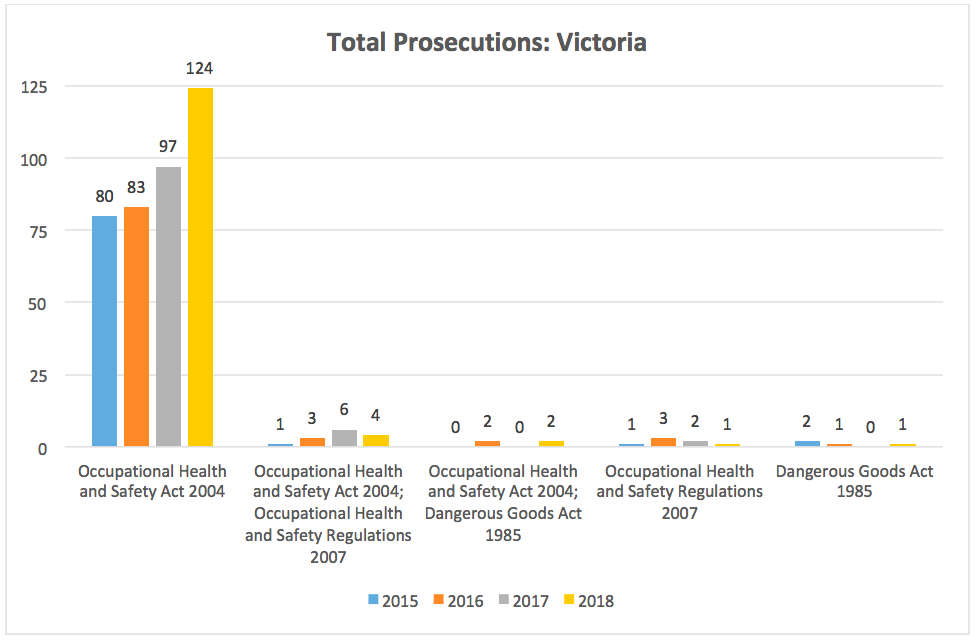 While 2017 saw the introduction of the updated Occupational Health and Safety Regulations 2017; with prosecution timeframes on average over 2-years, the outcomes from prosecutions against the updated regulations are likely to become visible from 2019 and beyond. 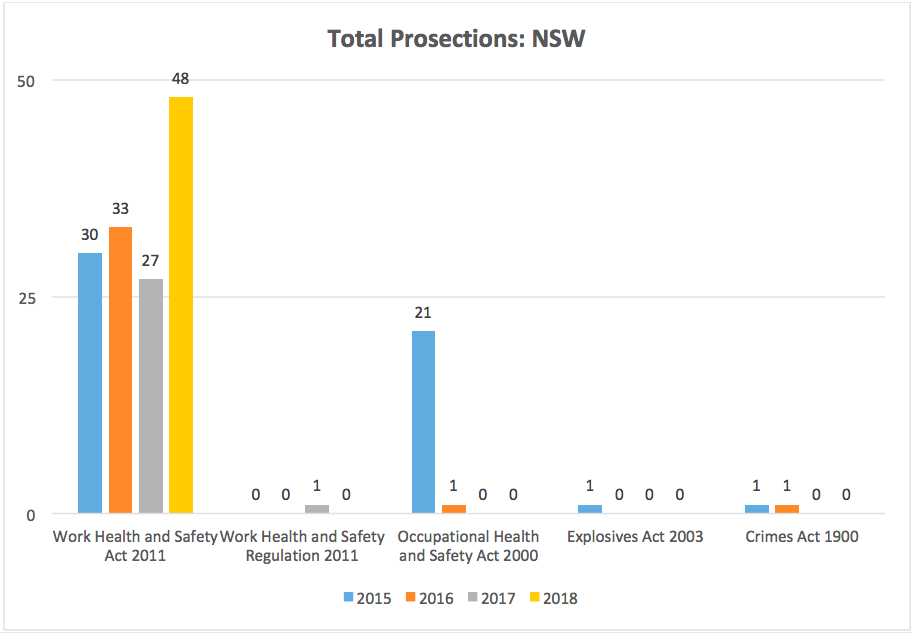 The timeframe for the prosecution’s outcomes from 2018, when measured against the date of the offence have been listed in the table below.

When compared year-on-year, prosecution timeframes increased across all statistical definitions that were reviewed. The increased length in prosecution time will have an impact on business operations, as incident closure will be delayed. In addition to the prosecution, this is likely to impact both person- and financial resources. The reason for the increased time was not assessed.

In NSW each prosecution resulted in a monetary fine. In Victoria 114 fines were issued (87% of prosecutions). When considering total costs (e.g. court costs, court funds, etc.) all prosecutions against the Occupational Health and Safety Act 2004 had a financially impact.

In addition to the fines, WorkSafe Victoria issued 6 Enforceable Undertakings in 2018 which equates to 5% of prosecutions. This is compared to the 6 (7%), 7 (8%) and 10 (7%) Enforceable Undertaking issued in 2015, 2016 and 2017 respectively. An enforceable undertaking is a legally binding agreement between WorkSafe Victoria and the employer. The employer is obliged to carry out the specific activities outlined in the agreed undertaking. EU’s will typically guide and direct the business being prosecuted to improve its health and safety program.

With respect to fines, the maximum fines for both Victoria and NSW decreased year on year. 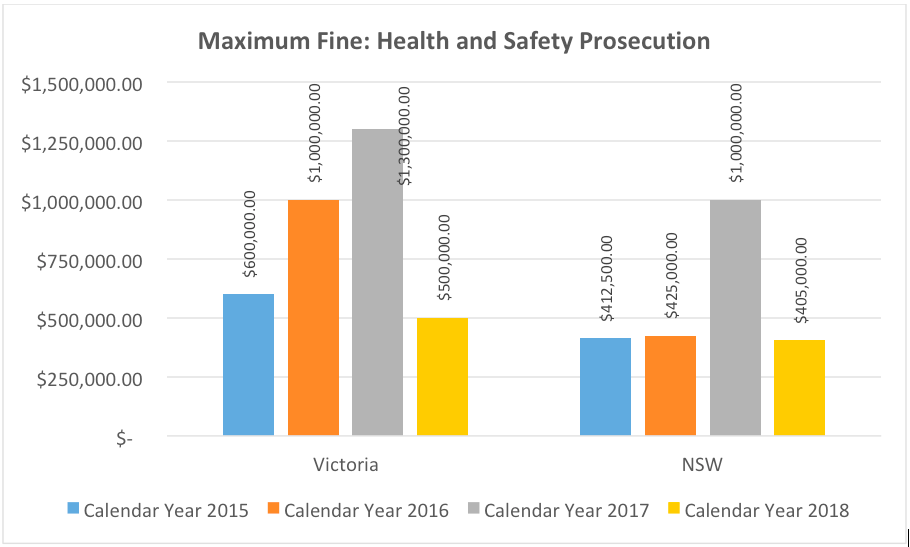 NSW: A worker was fatally injured when he fell 2.9 metres onto a concrete slab while installing a walking platform between roof trusses. The defendant was charged with a breach of section 32 / 19(1) of the Work Health and Safety Act 2011. On 26 March 2018, the defendant was convicted by the District Court and fined $405,000.

With respect to both prosecutions, it confirms the requirement for organisations to supervise and manage the work of their employees

If you were of the belief that health and safety prosecutions were limited to corporations – think again. In 2018, 10% and 35% of prosecutions were issued to workers in Victoria and NSW respectively – equating to 13 and 17 prosecutions respectively. This is an increase in the distribution of worker related prosecutions from 2017. With respect to the greater prosecutions in NSW, this is likely to be associated with the explicitly defined due diligence duties placed on Officers (see Section 27-5 of Work Health and Safety Act, 2011).

An overview of the prosecutions related to workers in NSW and Victoria are as follows.

In NSW there were 17 workers prosecuted, with a maximum fine of $42,000 (in this instance the business was also fined $210,000). The prosecutions were associated with the following events:

This is compared to Victoria there were 13 workers prosecuted, with a maximum fine of $100,000 (in this instance the business was also fined $210,000). The prosecutions were associated with the following events:

These criteria are relatively consistent with 2015 through to 2017. Both 2017 and 2018, have seen an increase in “construction- related” prosecutions, highlighted by the increase in “Falls/work at height offences”, “High risk construction work” along with the “Failure to prepare a SWMS”. This aligns with WorkSafe Victoria’s focus on high risk industries.

Other criteria noteworthy to report on includes reductions in prosecutions related to: 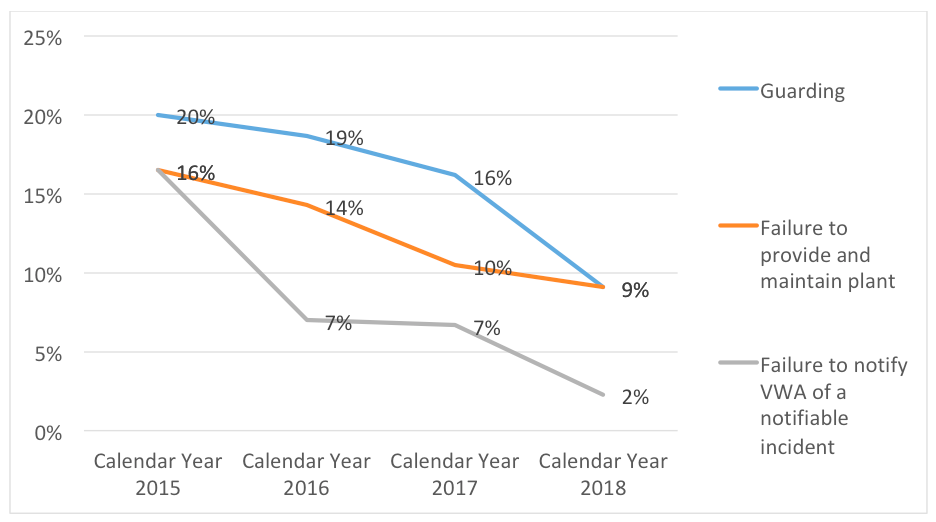 Action OHS Consulting continues to observe a rise in inbound calls for support, associated with businesses wanting guidance, on how they can best manage their legal obligations associated with health and safety. As such, during late 2018 Action OHS Consulting developed and delivered a 4-part webinar series providing direction on this: The War on Safety. The good news is that it is free for you to download.

In addition, Action OHS Consulting is on a panel of providers endorsed by WorkSafe Victoria which provides complementary OHS Review’s for Victorian-based businesses with less than 60 workers across a period of 18-months. If you would like to find out more about this program, please contact us.

The Health and Safety Legislation is risk-based and required businesses and their senior managers to understand and manage the hazards associated with their operations. Put simply, this leads to a requirement for workplaces to actively: