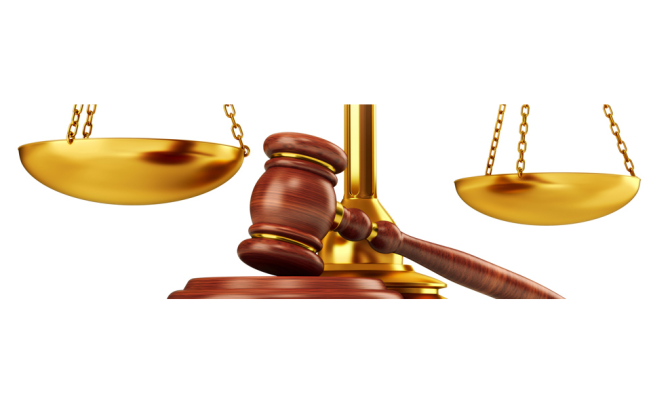 Workplace prosecutions are something that health and safety practitioners should maintain oversight of to identify trends and maintain awareness of foreseeable hazards. This article provides an overview of the prosecutions listed by WorkSafe Victoria and SafeWork NSW between January and April 2016. 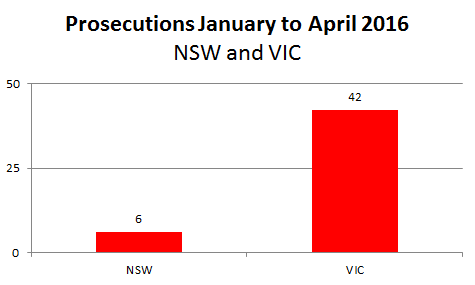 Prosecutions: An Overview of Fines

The average fine in both states came in at $83,000. The median fines varied significantly. The maximum fine issued by each state regulator is as follows: 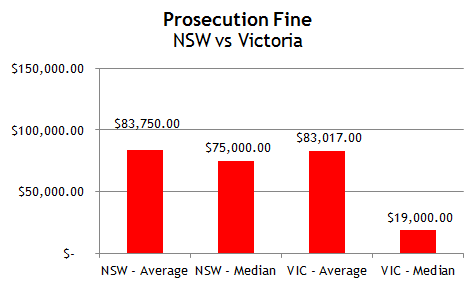 In NSW each prosecution resulted in a monetary fine. In Victoria 40 fines were issued (95% of the total prosecutions). In addition to the fines, WorkSafe Victoria issued 2 Enforceable Undertakings. In these cases, the enforceable undertaking is a legally binding agreement between WorkSafe Victoria and the employer. The employer is obliged to carry out the specific activities outlined in the undertaking. Such scenarios ensure that the workplace implement agreed corrective actions.

With respect to the criteria/codes that lead to prosecution – the top 10 criteria, as defined by WorkSafe Victoria, are outlined below.

Combined, failure to provide a safe system of work and safe working environment resulted in over one third of the prosecutions. This outlines the requirement for workplaces to actively:

It is noteworthy to comment that six (6) of the prosecutions in Victoria were associated with the failure of the workplace to isolate energy when repairing and/or cleaning equipment. All workplaces that have plant and equipment should strongly consider establishing Safe Operating Procedures (SOPs) in consultation with their operators, and ensure that their workers and contractors have been trained and competent in these.

Some prosecutions that may be of interest may include:

Finally, apart from legal fees, fines and a negative prosecution result, a conviction can comprise future work opportunities and the ability for your organisation to participate in tenders. Why? Many contractor agreements these days request that you provide information outlining your:

Safe workplace practices will reduce your workplace’s likelihood of incident and/or injury, and support your workplace growing. The output being a productive workplace that provides workers with both confidence and job security.